Do you like your emoji’s? I’m sure many of you reading this blog are asking what an emoji is when it is at home?! That said the chances are if you have not delved too far into the world of the emoji, you’ll have used a smiley face or two.

I have to be honest I am not one to use them regularly myself; like most I have used the aforementioned smiley face but I am mindful that with emojis becoming almost more commonplace than actual words, it would seem that I should be moving with the times and at a fast pace so that I do not get left behind!

Well in the course of my research it would appear if you’re in the habit of using a symbol or two, then you’re in for a treat come 2016.

Thirty-eight new emoji are under consideration by the Unicode Consortium, the organisation which designs and approves emoji, for inclusion in its next release. Unicode 9, an updated official list of approved emoji, is expected to be released around the summer of 2016. Once a Unicode update is released, Apple, Google and Microsoft are then free to design the new emoji to add to their operating systems (hence why emoji vary between platforms – we are full of facts!).

So what can we expect from the new thirty-eight?

Well, new emoji candidates include a pregnant woman, bacon and a partner for the dancing emoji woman in the red dress. The new emojis have been designed by graphic designer and illustrator Joshua M Jones. We have to say they look great! And yet there is still no lion, a little bizarre. 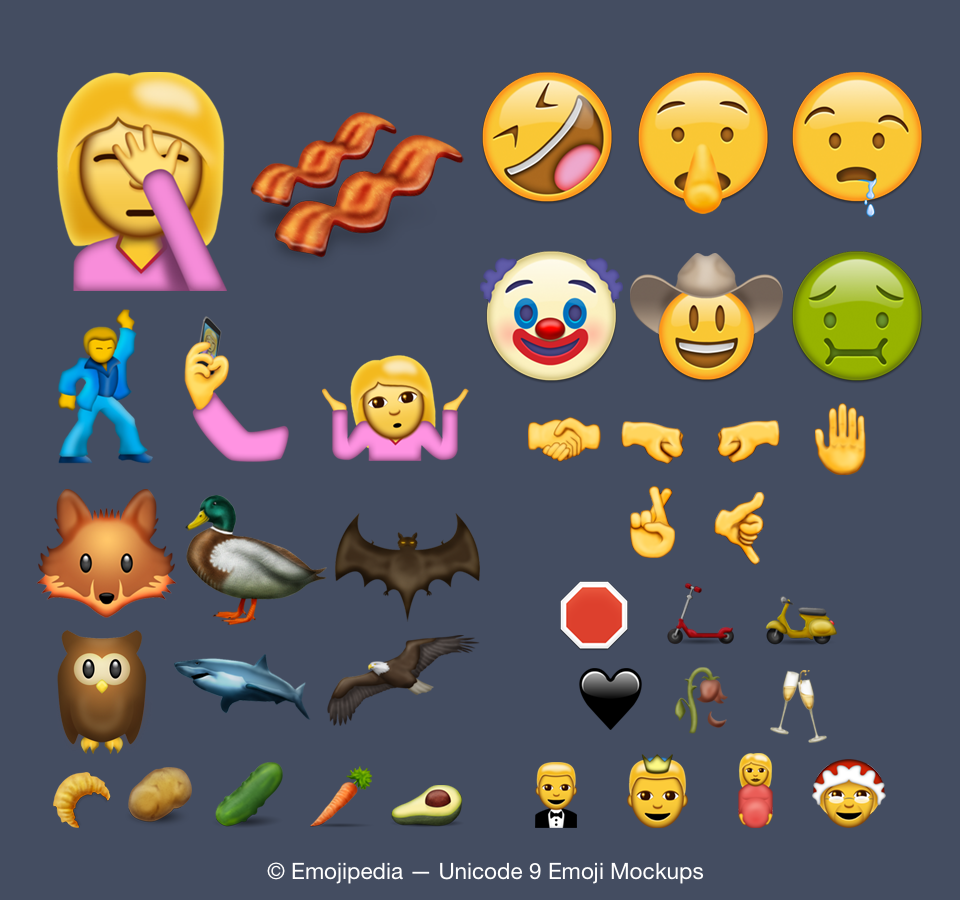 However, you emoji fans out there, do not celebrate just yet! In addition to the thirty-eight emoji to reach the “candidate stage” of consideration, 15 more emoji have also been submitted to the Consortium. It is likely that not all will make the cut for next year.

We can only imagine with their ever-increasing usage what future conversations will look like. They will have text-savvy heavy hitters forgoing words altogether. I will have to get an emoji dictionary!! Is there such a thing?

However, this statement from Joshua Evans really made me stop and think. Of course, we have used symbols for hundreds and hundreds of years to communicate.

“As a visual dialect emoji has effectively far overshadowed hieroglyphics, its antiquated Egyptian forerunner which took hundreds of years to create”, Evans said.

So it is progress of a kind, but really with a huge historical connection. I just need to move with the times!